Thanks to some generous readers, I’m giving away four subscriptions to Passionflix’s streaming video service. The giveaway is taking place on my Instagram page. Comment on that post in order to enter. Open internationally.

Back in September, I wrote a post in which I mentioned my next novel. I’m pleased to be able to give you more information now.

My next novel is the first in a new series, and it will be entitled The Raven.  With this novel, I’m asking you to pack your bags and travel with me to the city of Florence. The Gabriel Series showed you the city during the day.  This time, I’ll show you Florence’s underworld, which is ruled by creatures of the night …

From the New York Times bestselling author of the Gabriel Series comes a dark, sensual tale of romance in a city shrouded in mystery…
Raven Wood spends her days at Florence’s Uffizi Gallery restoring fine works of Renaissance art.  But an innocent walk home after an evening with friends changes her life forever. When she intervenes in the senseless beating of a homeless man, his attackers turn on her, dragging her into an alley.  Raven is only semi-conscious when their assault is interrupted by a cacophony of growls followed by her attacker’s screams.  Mercifully, she blacks out, but not before catching a glimpse of a shadowy figure who whispers to her …
Cassita vulneratus.
When Raven awakes, she is inexplicably changed.  She returns to the Uffizi, but no one recognizes her and more disturbingly, she discovers that she’s been absent an entire week.  With no recollection of the events leading up to her disappearance, Raven also learns that her absence coincides with one of the largest robberies in Uffizi history – the theft of a set of priceless Botticelli illustrations. When the baffled police force identifies her as its prime suspect, Raven is desperate to clear her name. She seeks out one of Florence’s wealthiest and elusive men in an attempt to uncover the truth about her disappearance.   Their encounter leads Raven to a dark underworld whose inhabitants kill to keep their secrets …
As I mentioned in my September post, readers of Gabriel’s Redemption will be able to read an excerpt from The Raven at the end of both the paperback and e-book editions.
But what I didn’t mention was that one of the characters of The Raven appears in Gabriel’s Redemption.  Can you identify him or her? I welcome your guesses in the comments below and on social media.
I would be remiss if I didn’t mention that there’s a connection between The Gabriel Series and my new series – a connection that is more than simply me, or the city of Florence, or the Uffizi Gallery. If you’ve read the cover copy above carefully, probably you’re beginning to guess the answer. But I’ll be explicit and state that we won’t be saying goodbye to the Professor at the end of Gabriel’s Redemption. Look for him to have a cameo appearance in The Raven as well …
While I don’t have a release date for The Raven yet, I hope to have one soon. This novel marks my transition from a contemporary love story to a paranormal one. I hope you’ll join me on this journey and that if you have friends and family who enjoy paranormal novels, you’ll help me share the news with them.
As we approach the December 3rd release date of Gabriel’s Redemption in North America, my American publisher has listed a giveaway of the novel on Goodreads.  US entrants can enter the contest  here.

And if you’d like to read a new excerpt from Gabriel’s Redemption and enter another contest, you can do so here at Romance Times.

Finally, I want to wish everyone who is celebrating Thanksgiving this week a very happy holiday. I have much to be thankful for and in particular, I’m thankful for you, my readers.

All the best and thank you for your continued support,
SR
www.sylvainreynard.com

A couple of weeks ago, I posted a dialogue with the Professor, on Facebook and Twitter. In case you missed it, here it is in its entirety: 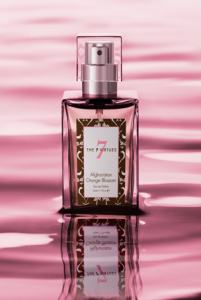 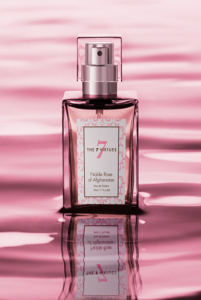 Also, donated by the wonderful Barbara Stegemann, 8 copies of her book: 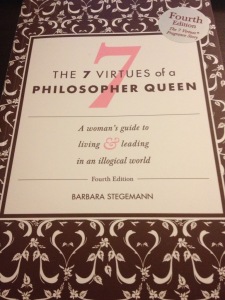 This book brings the stoic wisdom of classical antiquity to modern women who wish to advance their lives and those around them. Author and CEO of The 7 Virtues Fragrance Line Barbara Stegemann wrote this best selling book, now in its third edition, to empower women in North America to exercise their power in new ways. Her fragrance line, which empowers farmers in nations in war or strife, brings the thesis of her book to life.

Also, a set of signed books, your choice: US, UK, or AU editions. (US editions shown) 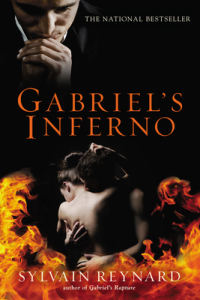 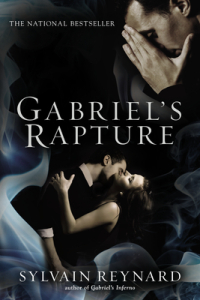