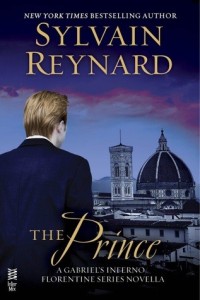 The unveiling of a set of priceless illustrations of Dante’s Divine Comedy at the Uffizi Gallery in Florence exposes Professor Gabriel Emerson and his beloved wife, Julianne, to a mysterious enemy.

Gabriel may have acquired the illustrations only a few years ago, but unbeknownst to him, they were stolen a century earlier from the ruler of Florence’s underworld.

A lone figure lurked in the shadows outside the Prince’s villa, which overlooked the city of Florence. From the villa’s windows, one could enjoy an incredible view of the skyline—even at night.

Not that the figure was able to enjoy that prospect.

The Prince used strange magic to repel others of his kind, or so the figure averred. Half a block from the villa, which was more like a fortress, he felt nauseated and uneasy, his muscles twitching. No wonder the Prince had ruled the city for so long. No one was able to set foot inside his gates, let alone challenge him physically.

Tonight, however, the Prince would be challenged. And some of his most precious possessions would be taken.

In the distance, a key scraped in a lock and a heavy iron gate swung open. The figure’s spine straightened, his senses alert.

A middle-aged man clutching a leather bag began walking toward him.

The figure left the sanctuary of the shadows and crossed to meet him, moving swiftly and silently.

“Gianni?” he called to the man.

“Master,” he murmured in Italian. He bowed deferentially.

The Master took the bag and opened it. His pale hands eagerly shuffled through the stack of priceless illustrations, counting them under his breath.

His gaze lifted to peer over at Gianni. “Is this all of them?”

“Yes, Master. One hundred in total.” Gianni’s eyes were wide, unblinking, as if he were in a trance.

“Did anyone see you?”

“No, Master. The servants are asleep and the Prince is not at home.”

“Excellent.” He grasped Gianni by the shoulder, forcing him to make eye contact. “You will return to the villa and retire to your room. In one hour you will awake and remember nothing that has passed between us.”

With another bow, Gianni returned to the fortress.

The Master watched as he closed and locked the gate, before entering the impressive building through one of the side doors.

The Master muttered a Renaissance curse, spitting on the ground. The principality of Florence should be his. For years he’d stood aside, watching, waiting for the day when he could seize control of the city.

On this evening, it seemed his patience had been rewarded. He’d undermined the Prince’s confidence in the security of his fortress and stolen his most precious possession. Surely he could wait a little longer to uncover the Prince’s secrets so he could destroy him.

His eyes alighted on one of the illustrations—a pen and ink drawing of Dante and Beatrice—before closing the bag and breaking into a run. In an instant, he leapt from the Piazzale to the road below and disappeared into the night.